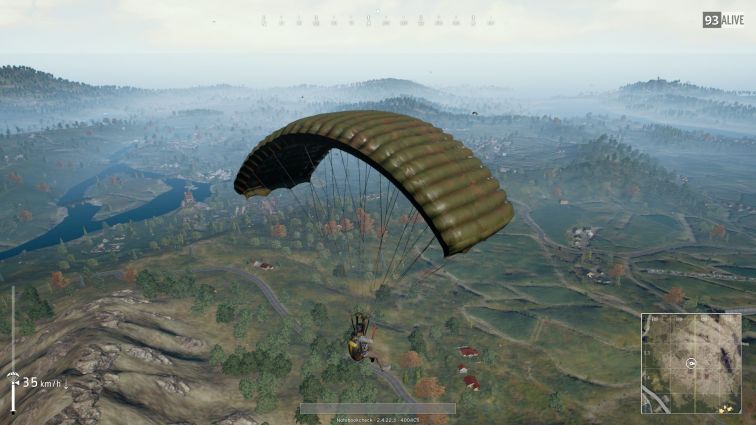 We’ve had an ongoing relationship with Epic Games throughout PUBG’s development as they are the creators of UE4, the engine we licensed for the game. After listening to the growing feedback from our community and reviewing the gameplay for ourselves, we are concerned that Fortnite may be replicating the experience for which PUBG is known.

We have also noticed that Epic Games references PUBG in the promotion of Fortnite to their community and in communications with the press, this was never discussed with us and we don’t feel that it’s right. The PUBG community has and continues to provide evidence of the many similarities as we contemplate further action.

Some, siding with V.P. Chang Han Kim, are arguing that many of the game’s core mechanics have been ripped off – that its blatant theft and there need to be ramifications – while others are taking a more intellectual perspective.

The birth of PlayerUnknown’s Battlegrounds was not a stand-alone incident, simply the most noticeable outgrowth of a culmination of events. Years before Bluehole’s development of PUBG, PlayerUnknown made his name creating an Arma Mod dubbed “King of the Hill,” in which players would scrounge the map for weapons and armor, while battling to be the last one alive on the battlefield. PlayerUnknown, whose real name is Brendan Green, said he got the idea from watching a Japanese movie called Battle Royale (2000).

It was years later, that H1Z1 created their version – carrying the moniker King of the Kill – that “battle royale” officially became its own game mode, with thousands leaving the original game to spend more time in this new standalone offshoot. A migration so massive that the publisher Daybreak Studios, made plans for it to be available on systems other than the original PC. It was then that South Korean game publisher, Bluehole Studios reached out to PlayerUnknown, inviting him to become creative director and help them create a full game; battle royale the way he envisioned it.

Now, there’s no way for us to know how many copies of PUBG sold before Epic Games decided to add the battle royale game mode to Fortnite but it seems that Bluehole has forgotten their success’s origin. Their game is simply the current zenith of the battle royale game mode, and if it weren’t for the various incarnations that came before it, it’s unlikely their game would have had the mindshare to even garnish half of their 10 million sales.

Fornite’s Battle Royal Mode that goes F2P tomorrow, September 26th is simply the next step in battle royale’s evolution. Their game does take a lot from PUBG, even using the game’s name in their marketing materials, but Epic Games adds its own flair by keeping the building mechanics from Fortnite’s primary game mode. Is the game mode remarkably similar to the source material, yes. But the ability to build a fort and protect yourself, in a game where the primary goal is to survive, provides a spin on the game that no prior iterations have attempted and I think it’s a great addition to Fortnite. The creation of Fortnite Battle Royale is not theft, there is no “further action” to be taken here. It is simply the next game in the line of the battle royale lineage, and the possible birth of a genre.

One thought on “PUBG v. Fortnite”